It has been a while since my last post. June was a full of art shows, traveling, teaching, and commissions. I will try to post more updates when I am not painting. July is full of deadlines and I have a new series of paintings that I just started.

I was in New York a few weeks ago for my daughter’s art show at Parsons New School and then to her awards ceremony at Carnegie hall. It was a great moment to say the least and during our stay in the city I had a chance to show her some of the artwork that influenced my art.

The first place we went was to the Metropolitan Museum of Art. The Met holds so many master works by the world’s greatest artists. The first painting that I had to find was  “The Crucifixion with the Virgin and Saint John” by Hendrick ter Brugghen. I saw this painting when I was 19 on one of my first trips to New York and I visit the painting every time I am in the city. The painting was an epiphany for me. Ter Bruggghen (1588-1629) was a follower of Caravaggio and his paintings have that nice rim lit chiaroscuro glow to them. This powerful image was painted for a Catholic “hidden church” in the city of Utrecht. The artist stark composition with the strong angular figure of Christ at the center is striking and powerful. You can feel the weight and humanity of Christ death. He creates brilliant rhythmic draperies, with convincing volumes on the very humble figures of Mary and John. The color combination is like nothing I have ever scene. Ter Brugghen color palette with muted earth tone greens, reds, yellows, purples, and translucent greys is hypnotic and mesmerizing.

The second painting I wanted to mention that also moved me as an artist when I was just starting out was Bouguereau’s, “Nymphs and Satyr” (1873). The painting is full of traditional Baroque spiraling energy. Surrounded by the luscious greenery provided by the dense forest, the canvas is a construction of illuminated figures. With her arm waving high up in the air, the nymph in the upper left hand side of the central group beckons her cohorts to the ensuing drama. They swirl around the Satyr creating a theatrical energy of the past by evoking eloquent gestures, perhaps derived from the allegorical images of Bernini and his sculptures. The painting is both poetic and visually stunning.

Looking at art from the past contributes to who we are as people. By looking at what has been done before, we gather knowledge and inspirations that contribute to how we paint, feel, and view the world around us. Art helps a society evolve in its own way, which is why there are different styles of art in different countries. Without art, there wouldn't be any visual representations of the past. Great art transcends time and space and lives in the hearts of viewers who are willing to make that connection through the open door and imaginative portal that has been left open for us by the artists mind. 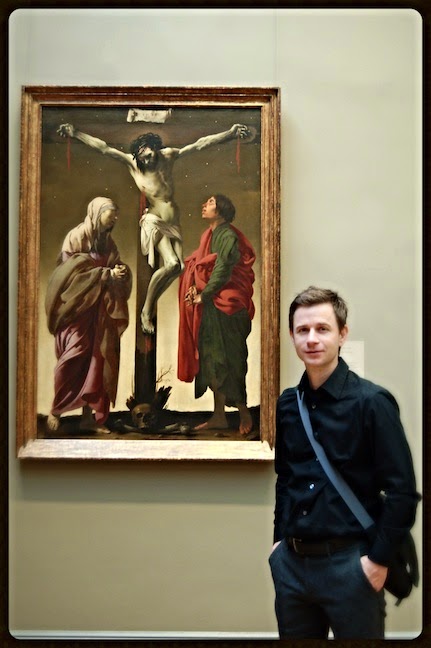 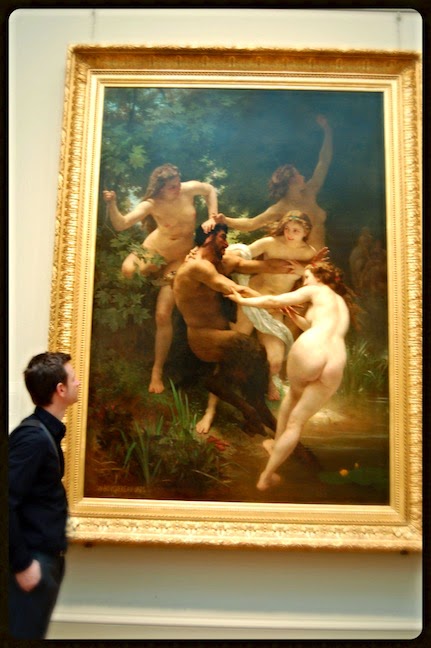 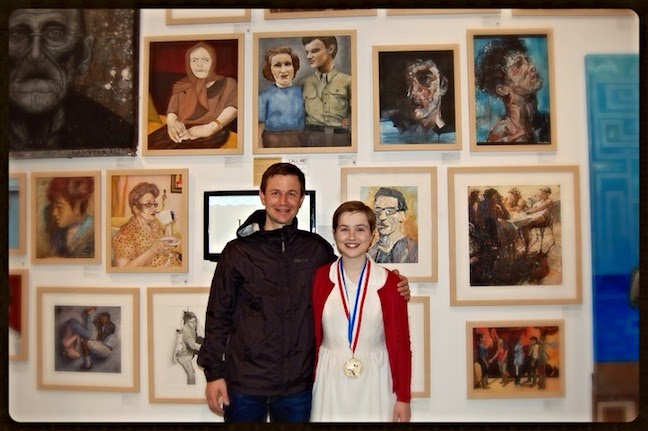